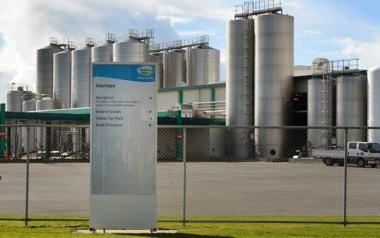 Vishaal Lad, Electrical Engineer for Fonterra Hautapu identified that several switchboards on site had power factor correction equipment that was either not working, non-existent or not economical to maintain due to age.

A power quality meter was connected by Power Electronics to three switchboards and the data recorded.

The Cheese Packing switchboard had no power factor correction due to  failure of the original capacitor based system.

True Power Factor is a combination of displacement pf, by induction motors causing current to lag the voltage, and distortion pf, caused by non-linear load’s harmonics such as VSDs, LEDs and switched mode power supplies.  In order to improve True Power Factor some form of Active Harmonic Filtering was required to mitigate harmonics and thus improve true power factor.

Power Electronics recommendation was to use 300kVAr ASVG (Advanced Static Var Generator) which would mitigate harmonic levels, correct displacement pf and bring true power factor up to > 0.95.  This would also allow for the additional load which was not running at the time of the test.

Vishaal’s decision to choose the ASVG and the Cheese Packing switchboard was for the following reasons;

Pictured above, the 300kVAr ASVG unit installed in the Cheese Packing Switch Room 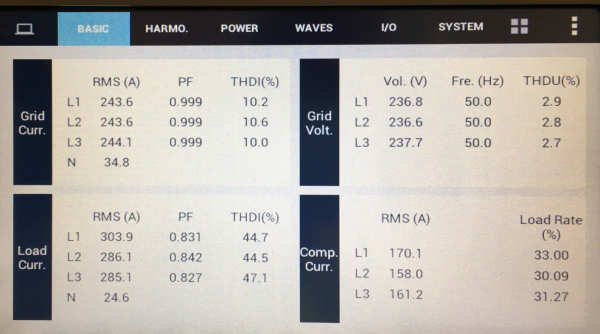 TDHi has been reduced from 44-47% to 10%.  Current that the mains cables feeding the Cheese Packing switchboard sees has not only been reduced by 60 amps, it has also been balanced out by the ASVG.  The plant was not operating under full load at the time of the screenshot however there was plenty of capacity left in the ASVG.

Vishaal concludes “This has been a successful project and is in keeping with Fonterra’s drive to be an industry leader by utilising the latest technology”.