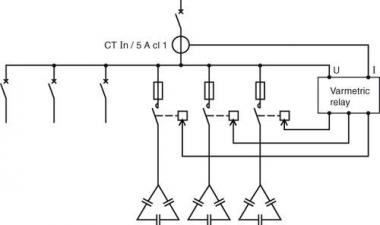 Go to the internet and you can search for any number of white papers on the theories of Power Factor Correction, how to size your PF system, and engineer out issues like harmonics and resonance. But come to try and put this into practice and there are so many variables outside of the control of the system designer that it is almost impossible to ”put theory into practice”.

In this series of articles we will attempt to identify some of the design issues commonly experienced by power factor system engineers and try and unravel the mysteries of why power factor correction capacitors are so prone to failure and catching fire.

In this first article we will investigate what is and why we install power factor correction, and explain some of the pitfalls in traditional capacitor based power factor systems.

What is Power Factor Correction? 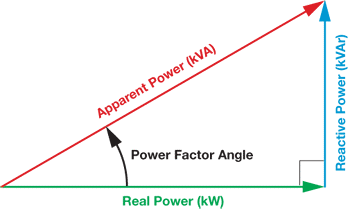 Lagging kVAR can simply be cancelled out by the introduction of the same value of leading kVAr (capacitors). On a large site “banks” of capacitors are staged in and out depending how much power factor correction is required. This is type of power factor is called “displacement power factor” and is based around only the 50Hz waveform. 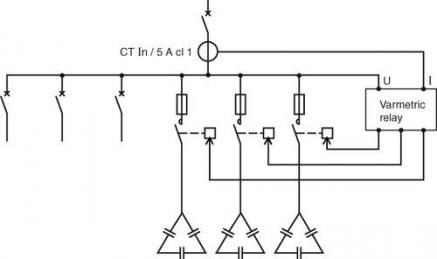 The introduction of modern loads containing uncontrolled rectifiers, often called non- linear loads (eg Variable Speed Drives, Uninterruptable Power Supplies, LED lighting, Computer Power Supplies etc), has created a new problem for power factor correction designers. These devices draw harmonic currents from the supply which if significant enough can reshape both the site current and voltage waveforms. In some situations these devices actually present as leading kVAr. The type of power factor these loads create is called “distortion power factor”. No amount of capacitance will correct distortion power factor. An external device such as an Active Harmonic Filter must be used to “reshape” the voltage waveform back to sinusoidal. Loads generating distortion power factor are now becoming the norm. Just think about the electrical devices that went into that new office building down the road!

A current waveform from a non-linear load. No amount of PF capacitors can be used to fix the distortion power factor.

Well why do we need Power Factor Correction?

The reasons for incorporating power factor correction into an electrical system is really very simple and comes down to two keypoints:

The introduction of power factor correction can reduce these charges.

The pitfalls of using capacitors for Power Factor

As mentioned above the addition of leading kVARs to an electrical system has been a successful method used to correct lagging (displacement power factor) for many years. However with the addition of non-linear load types there has been an exponential increase in the number of power factor correction capacitors failures and fires. This has forced a complete rethink of how we can deal safely with power factor and resulted in the introduction of inverter based power factor controllers like the Sinexcel StaticVar generator or SVG. It is these topics that we will expand on in up and coming articles.

StaticVar generators are inverter based so are completely immune to harmonic currents. In fact technology like that from Sinexcel can be used to mitigate both power factor and harmonic currents with one unit.

StaticVar generators are immune to harmonic currents so do not require blocking chokes.

StaticVar generators do not use capacitors to generate leading kVAr so resonance cannot occur.

StaticVar generators are inverter based and come with factory designed ventilation systems. If they are operated in an over-temperature environment they simply trip.

StaticVar generators are infinitely variable within their own rating so no switching in or out of “stages” occur, removing the risk of transient overvoltage.

We hope this has whet your appetite for more knowledge on this topic so keep your eyes open for our next article explaining the indepth mechanism’s behind some of these issues.