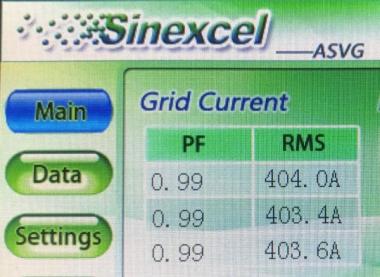 During a routine maintenance check of Melody’s New World in Palmerston North, B & M Electrical deemed that the power factor correction unit operating on the main switch board was unsafe and was a potential fire risk. Bulging and leaking capacitors were of significant concern. The unit was quickly isolated and locked out for further investigation.

Tony Watts, Business Development Manager B & M Electrical, contacted James Laugesen, Power Electronics NZ Central Sales Engineer, to undertake a power quality audit. Tony was aware of the latest in power factor correction technology, the Sinexcel StaticVar Generator (SVG and ASVG), and thought this would be a perfect solution. With the metering equipment installed within a week an engineered solution was almost immediately available.

The audit identified that the existing 275kVAR capacitor based power factor correction (PFC) unit was considerably oversized with the site only requiring only an average of 60kVAR correction. The audit also identified that the unit was not operating effectively as the capacitor steps were too large (5x50kVAR, 1 x 25kVAR). Some of the capacitors were bulging and leaking rendering them as potential hazard.

As mentioned in previous issues of Power News - many local lines companies meter and charge for true power factor (TPF) as a portion of the electrical bill. This is the resultant of both displacement power factor (linear loads) and distortion power factor (non-linear loads). Improving displacement power factor can be achieved by adding leading kVAR (either capacitor or inverter generated). To improve the distortion power factor, and in turn the TPF, some form of harmonic mitigation is required. Recordings taken from Melody’s New World confirmed it was the non-linear loads resulting in a low TPF. This could not be corrected with capacitors. The audit was a good time to look at a solution that would remove the hazard of the damaged AC capacitor system and maintain a TPF greater than 0.95. With the introduction of power factor charges from the local network company, Powerco, there was also a commercial benefit to Melody’s from this project.

The Power Electronics engineering team calculated and sized a solution that would take into consideration the present loads, future upgrades, and safety. The Advanced Static Var Generator (ASVG), which has the ability to provide correction for both distortion (harmonics) and displacement (VAR) in the same module, was deemed to be the perfect fit for the New World. A wall mount 100 kVAR ASVG module was selected to maintain a TPF greater than 0.98. Approval was gained and the unit was supplied ex stock.

Another feature used in this ASVG installation is the ability to balance phase currents. This resulted in a reduced neutral current and also helped with voltage regulation and a reduction in peak demand. This is a very important features on sites with lots of single phase loadings where the duty is not consistent and it is impractical to correct at the switchboard. 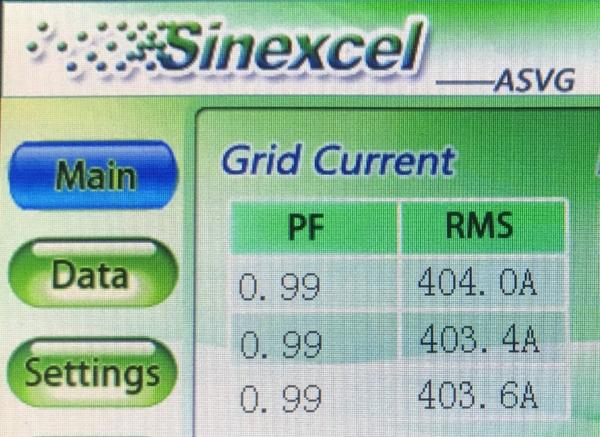 Photo Caption: The ASVG at Melody’s New World before and after the current balancing feature being enabled.

Photo Caption: Proof of the THDi reduction following the installation of the ASVG with THDi dropping from 15% to 3%.