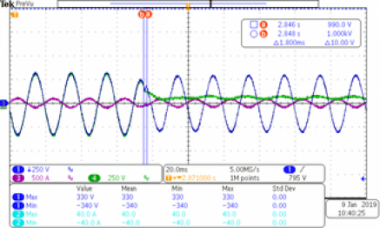 New Zealand has a robust electrical network but even the most reliable of networks is not immune to voltage sags, brownouts, or surges. Voltage sags are produced by abrupt increases of load, including short circuits, and can be caused anywhere on the electrical network including at the point of generation, transmission, or on a consumer’s premise. Voltage surges are normally associated with the recovery from a voltage sag or a fault in generating equipment. Voltage sags and surges are the most common cause of equipment malfunction in today’s highly automated industry. Even a small lapse in production flow can cause lost production or compromised quality.  This can often be caused by electrical interruptions that are less than one cycle duration. Of course – the blame for these events is nearly always placed on the shoulders of the network company to resolve.

The Sinexcel AVC-RTS is a real time voltage conditioner designed for industrial and commercial applications on the low voltage side of the transformer. The Sinexcel AVC-RTS constantly monitors supply voltage and when a sag or surge is detected the unit disconnects from the supply and provides energy back to the load via an inverter, using either super capacitors or batteries as an energy source. When the sag or surge has abated the inverter is switched off and the load is reconnected back to the main supply.

Most voltage conditioners have relied on internal transformers to buck or boost the voltage as required. As a result, they are more inefficient because the load current must continually pass through the transformers windings, resulting in unnecessary losses. The innovative system used by the Sinexcel AVC-RTS is bypassed when the voltage supply is within specification and the inverter is only in operation when a sag or surge occurs. The upshot of this means minimal losses with consumers experiencing energy efficiency exceeding 99%.

The Sinexcel AVC-RTS has a response time of 5mS with a normal operating range of 0-130% sag/surge and is capable of handling sags up to 100% voltage loss. As standard it can provide its full rating for up to three seconds, but additional super capacitors or batteries can be connected if a longer operation time is required.

The Sinexcel AVC-RTS is available in multiple sizes between 50kVA to 2400kVA. This makes it a practical solution for both low and high energy consumers that require a stable voltage supply. The Sinexcel AVC-RTS has been successfully applied to industries such as semi-conductor manufacturing, food and beverage, meat processing, mining, print and packaging, dairy, water and wastewater to overcome voltage supply issues causing production losses or system malfunctions.

Next time your power quality department receives a call to investigate a sag or surge issue, consider how an AVC-RTS might well provide them with the protection they require. Power Electronics can assist with the application of an AVC-RTS to meet any customer needs. 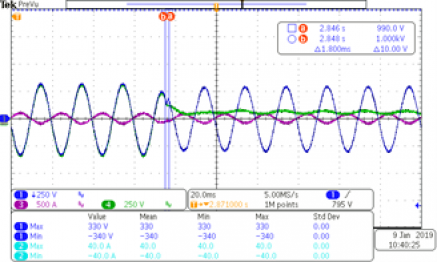 Photo caption: A Sinexcel AVC-RTS in action with a response time of 1.8mS to a voltage sag of over six cycles, with the supply voltage collapsing to less than 40%. The green wave is the site voltage supply, the blue wave is the voltage supplied from the AVC, the purple wave is the load current. 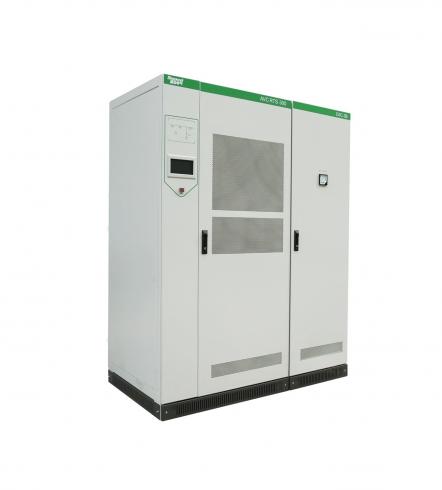