Control and Efficiency - Key drivers for the ANZCO 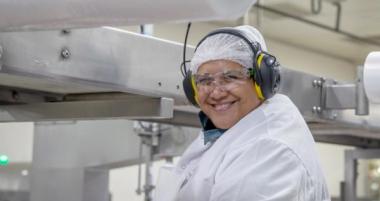 Situated alongside the lower reaches of the Waitara River in Taranaki the ANZCO Foods Processing site has a rich history dating back to the earliest New Zealand meat export trade. The site was originally established in 1885 by Thomas Borthwick a UK entrepreneur who saw the opportunity to ship frozen meat to his homeland. His first shipment was a failure after the refrigeration system broke down mid voyage and the spoiled cargo had to be thrown overboard. The ship returned to New Zealand for repairs and a new cargo of frozen meat was loaded and successfully delivered to England. Borthwick was not the first to achieve this though; William Davidson had successfully delivered a consignment of frozen meat to England meat 3 years earlier in 1882. Both men were pioneers in what is today New Zealand’s second largest export industry.

The site has been known as Borthwicks, Waitaki and Affco after its various owners. In its heyday, it employed 1200 people but freezing industry restructuring in the mid-90s saw the site close in 1997.

Lying idle for a number of years, ANZCO Foods saw the Waitara site as a strategic location to establish a processing plant. A very large investment in 2005 saw the site transformed to a state-of-the art food manufacturing plant. Today the site manufactures meat patties, and beef jerky using premium meat sourced from elsewhere in the ANZCO group, and employs around 250 people who operate the site 5 days a week 24 hours a day. The site also provides cool store and freezer space for the wider ANZCO group.

ANZCO has made considerable investment in the site since it was reopened. Greaves Electrical Ltd has been instrumental in completing a major electrical reticulation redevelopment which has involved the design, planning, construction of a new 11KV switch room complete with transformer bays and two new 3.3KV motor starters, installation of a ring main connection cable, removal of the old Magnafix switch gear, installation of new switch gear and refurbishing 3 x 1MVA supply transformers.

Tim Reid, Managing Director of Greaves Electrical said maintaining plant production during the project was a major focus and one that they successfully delivered.

The most recent stage of the project was to fit Power Electronics SD700 variable speed drives (VSDs) to existing fixed speed ammonia compressors. The large machine is a 465kW Mycom and the smaller machine is a 185kW Howden compressor. Both compressors had ageing soft starters that were due for replacement.

The benefits of VSD driven refrigeration compressors include:

Bennie Prinsloo ANZCO’s Waitara site Engineering Manager says the installation of the VSDs on the refrigeration compressors has been a major success. “Not only do we have much better control than before, we’ve also upgraded our control and SCADA system which enables us to see what the plant is doing at a glance and the most significant benefit of all, is the control and efficiency gains we’ve achieved.”

The SD700 series of drives is ideally suited to large compressor retrofits: 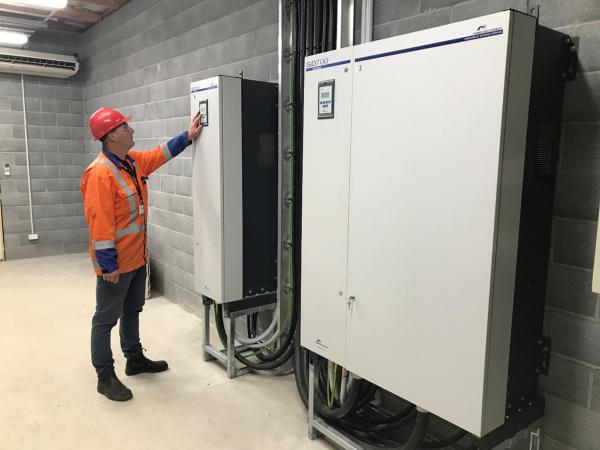 Caption; Tim Reid checks some parameters of the smaller 185kW Howden VSD. The 465kW Mycom compressor SD700 is on the right. 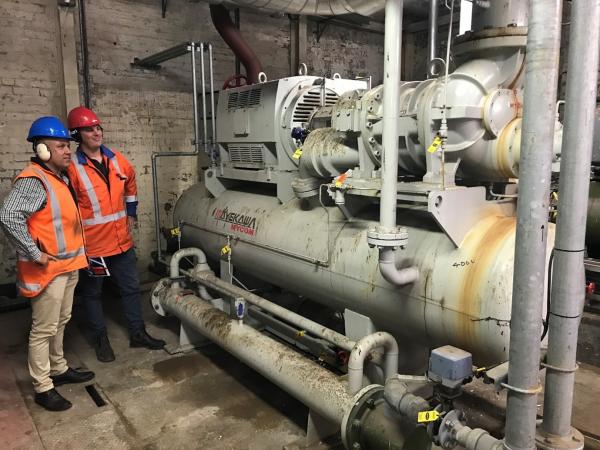