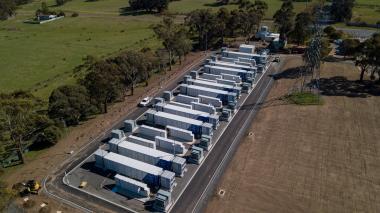 Most of New Zealand’s power generation is hydroelectric - dams and lakes full of water generating energy.  Stored water to generate hydro power is similar to storing electricity in batteries.  So New Zealand is already employing one form of energy storage.

In addition to hydropower, New Zealand is experiencing a rise in new renewable energy resources including large-scale solar farms.  Renewable energy resources coupled with energy storage provides the ability to store energy until it is needed.  Unlike a hydroelectric plant, a Battery Energy Storage facility is sized to meet the site-specific requirements and can be moved or upgraded when power demand changes.  Wind and solar generation present new challenges for the grid because they have no storage capability, so power generation can be intermittent. Yet it is renewable energy that is rapidly gaining traction as the world looks to a low-carbon future and focuses on environmental impact. Not only that, but the declining costs of renewables have begun to reduce new investments into coal and other inflexible baseload technologies; a transition which will eventually cause renewables to become the new baseload. 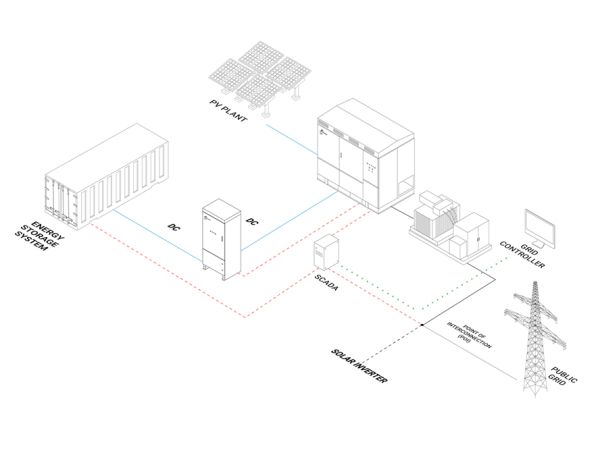 The world is undergoing an energy transformation to reduce carbon emissions through the decommissioning of coal-fired power stations. This is expected to increase in the coming years. This transformation includes a greater reliance on renewable energy as it becomes more cost effective. A more distributed generation approach is being adopted with the renewable energy uptake.

Renewable energy sources such as solar and wind are intermittent generators, meaning they're not as consistent as hydro or coal. So, the question is: how do we operate a reliable power grid with intermittent energy generation?

Energy Storage Systems commence where wind and sun leave off. BES systems can smooth out the intermittencies, because the storage factor that is a feature of traditional energy sources is built in. Combining solar and wind with an energy storage resource creates a hybrid solution that ensures power continuity while minimising the environmental impact.

Excessive energy from renewable generation can be directed to BES systems, meaning the energy is available during those hours where energy generation is minimal.

However, BES systems can be used on their own in a number of ways, including:

BES systems are very flexible and easy to develop, and simple to maintain. They're a cost-effective energy source as well as an environmentally friendly one.

Key benefits of a BES system

New Zealand Electricity Distribution Businesses (EDBs) and power companies that invest in a BES system will realise significant benefits, as has been proven in countries like the US that are making prolific use of BES systems.

Shift demand
Energy can be stored in the battery, allowing for later discharge in order to meet high demand points on a network. Energy storage can be installed where the power is needed without the need for further lines and supporting infrastructure. This can be done to meet seasonal or daily demands and distributed very easily through the network.

Reduced costs and increased profit - Arbitrage
The spot market for electricity varies on an almost hourly basis. BES systems are able to store energy from the grid during periods of low demand, in order to later supply this energy when there is a higher demand. This has the benefit of selling energy at a higher market price during peak periods.

Peak power shaving
By delivering stored energy to the grid during periods of high demand, it reduces the burden on the distribution network and significantly increases its efficiency. The result is a more flattened demand curve avoiding the need for switching on more expensive and polluting generators. 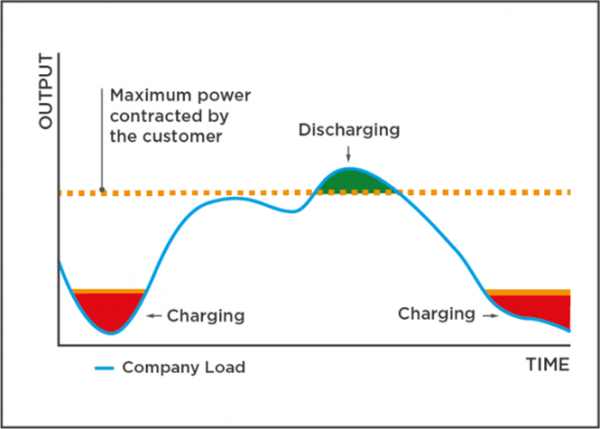 Clipping recovery
A BES system gets the maximum revenues from the PV generator, by charging the battery when the PV inverter is clipping the output power, due to the high DC/AC power ratios. This stored energy can be exported to the utility grid when the price per KWh is high.

Like other countries that are actively working towards a cleaner, more sustainable and energy efficient future, New Zealand EDBs and power companies are adapting their strategies to prepare for a more sustainable and energy efficient future. The hybrid approach combining energy storage with green energy sources is leading the charge as the most effective solution, one that is flexible and adaptable based on demand, while maintaining key low-carbon objectives.

Check out our BES solutions, and don't hesitate to get in touch if you'd like to learn more about how we can help you make the move to a reliable, renewable energy source.